Henry joined KraneShares in July 2019 as a Marketing Coordinator and went on to join the investment strategy team. He is committed to helping increase mutual understanding between investors in the United States and China as well as contributing to future innovations in the financial services industry.

Henry has a keen interest in both innovative finance and Chinese business and culture. Prior to joining KraneShares, Henry spent two summers working at the first-ever fully digitized interest rate swap platform. As an undergraduate at Georgetown, Henry co-founded Georgetown FinTech, the university’s first student group dedicated to investigating the intersections between information technology and the financial services industry. Henry also spent a summer studying Mandarin Chinese in Taipei, Taiwan. 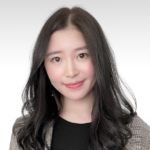